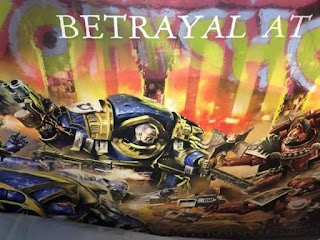 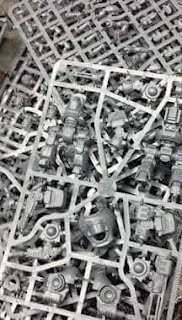 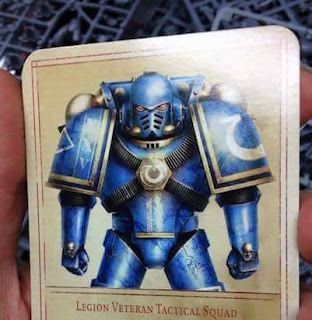 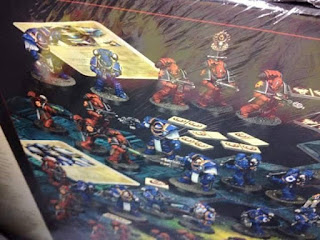 Pre orders on the 7th, released on the 14th

Its official, the new boxed set this year is Betrayal at Calth.

Betrayal at Calth
Posted by Jossy at 23:46 No comments: 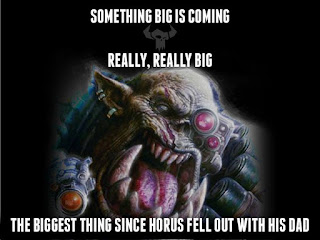 We are delighted to announce today, the biggest thing to come out of Black Library since the Horus Heresy: a new event series on a galactic scale the like of which no Warhammer 40,000 series has ever approached before.

Clear your reading list for 2016, because ‘The Beast Arises’ is going to be huge.
Follow the links below to learn more about the upcoming event, set your reminder for the new series, and even pre-order the eBooks of the first few volumes from iBooks.


Sounds interesting... The Horus Heresy is a tough act to follow.
Posted by Jossy at 12:39 No comments:

The 2016 ETC will be held in Athens Greece on 5th to 7th August or 12 to 14 (most likely the 5/7)Playing 9th AgeThe first stage to putting together a team is selection of a Captain. This is undertaken by last years team who review applications and make their selectionThe new Captain then runs the team selection process ie convene a selection panel and seek nominations from interested playersSo to start can those interested in the 2016 captaincy please email me at katatt@bigpond.comThe deadline for applications being 7pm NZT on the 14 October I do not intend to apply for the Captains roll Cheers Chris


Athens is a beautiful city, and the Greek Islands are only a few hours away on the ferries.

The ETC community has voted to bring in "The 9th Age" as the rule system to replace the now unsupported WHFB 8th edition, with Age of Sigmar almost unanimously being voted down. Full details on the rules can be found on the 9th Age website.
If you are interested in the captaincy for 2016 please email Chris.

A big thanks to Chris for all his efforts over the past few years!
Posted by Jossy at 03:47 No comments:

As release day gets closer, The makers of Total War have released some pre Alpha game play of the Dwarfs gaining a narrow victory over the Orcs and Goblins.

I can see myself losing several months of hobby time exploring this game.

It still does my head in that this game is being released after Games Workshop canned WHFB. There was a large influx of 40k players from the Dawn of War series, and one would expect that Total Wars offering would have had a similar effect...

Oh! My bad. I forgot that Games Workshop don't make games, its a model company...
Classic Tui add there. 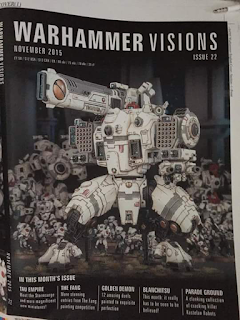 Warhammer visions reveals a new Tau (supposedly super heavy) battlesuit. This will likely bring an end to the torment of watching Games Workshop preform ritual suicide in the Fantasy genre with its Age of Sigmar.

Hopefully they can use this time to go back to the drawing board and re-write the rules to something that their (dwindling) customer base actually wants! To much to ask I know. 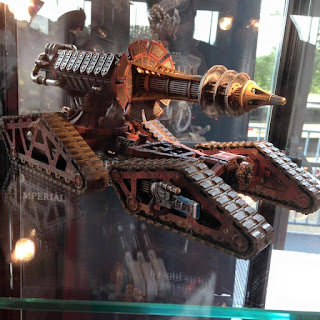 Previews at Forgeworld Amsterdam Open Day show the new Mechanicus Ordinatus in its Mars pattern all painted up. 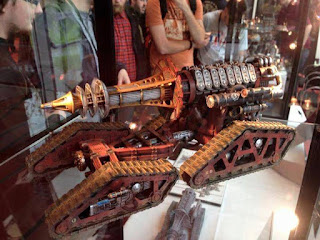 The perfect way to suppliment your Taghmata army 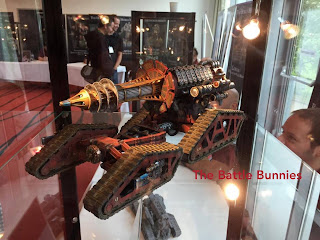